For Bowhunters and Target Shooters Worldwide

For Bowhunters and Target Shooters Worldwide

Designing Crossbows for all individuals 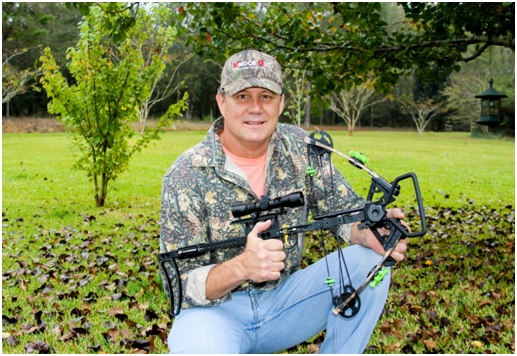 From the inventor Jerry Goff

The Draw-Loc was invented in 1995 after having multiple shoulder injuries and lacking the ability to draw my compound bow and from that point on the evolution began. Several years later, the Draw-Loc Bows were designed and became popular to the “Under Ground” Bowhunters, which were not widely accepted by the “Main Street” Bowhunter Groups fearing it would destroy or eliminate bowhunting. In the very early 2000’s the restriction of crossbows and Draw-Locs began relaxing, and attitudes began changing significantly about the way crossbows and Draw-Locs were used and soon after, a new Draw-Loc, the “In-Line”, was designed and produced and really changed things. It was more ridged, quieter and made users feel safer about using a devise like this on their compound bow. Shortly after, the Original Vertical Crossbow was built. First with the Draw-Loc Trigger, and 1 year later the Bullpup Trigger was added, a real game changer.

By moving the trigger more to the center of the trigger tube, it made the bow extremely balanced without reducing the power stroke and the bow was not nearly as heavy in the front end. This bow was great for most adult shooters, but still too long for some younger or shorter folks. After of couple of years with good success with the Original, it was time to make a bow that could be shot by anyone, and the Mini was born.

The “Mini Vertical Crossbow” was great for shorter, smaller shooters, and had awesome speed and power for any applications. Lager sized hunters felt very comfortable shooting without losing accuracy with the Mini. Wow, a very tiny bow that anyone can shoot, with all of the performance a hunter or shooter needs to get the job done, the Most Perfect Crossbow!
If you would like to read the full story our History please visit